MLB's post-season begins on Wednesday, and over the course of the next couple days, Bottom of the Fourth will be previewing each of the four series' to be played. First up: the Texas Rangers square off against the Tampa Bay Rays, first pitch Wednesday at 1:30 PM ET.

The Tampa Bay Rays are a very different team than they were several years ago. Before 2008, teams trembled at the thought of playing in Tampa, as the Devil Rays' mastery of the water made them a formidable opponent. In the American League, only the Seattle Mariners stood a chance of beating the D-Rays at home, but even they are not water creatures, strictly speaking; they just have a little more experience asea than teams like the Detroit Tigers or Baltimore Orioles. The Florida Marlins and especially Pittsburgh Pirates had success against Tampa during this time, but being in the National League, rarely had the opportunity.

On the other hand, from the Devil Rays' inception in 1998 until 2007, Tampa Bay was an atrocious team on the road. Opposing teams, wishing to gain a competitive advantage, never provided tanks ample enough to house the Rays, and they ended up just flopping around, not doing much of anything, for the entirety of the two, three or four game series.

That all changed in 2008, when the Rays dropped the "Devil" from their name and changed their logo to a different kind of ray: a sunbeam. Now, the Rays are very hard to beat, whether at home or on the road; they're all around, always on the offensive, and when one gets stifled, it isn't long before his teammates poke their heads out so fast and from so many different directions it's impossible to stop them all at once.

The best defense against the new-look Rays is a broad, all-encompassing cloud cover. Unfortunately, Texas doesn't see too many of those, so the series will be a difficult one for the Arlington boys.

That isn't to say Texas doesn't have a prayer. Far from it, in fact. The Rangers have plenty of firepower of their own. Each one carries a Sig Sauer .357 at all times, and knows how to use it. The question of how to fire at a sunbeam is a tricky one, but Texas has figured out ways to do it all season long against equally tough opponents: Blue Jays, Twins, even Angels.

Look for Texas pitchers to blow blazing fastballs past Rays hitters. After all, how do you stop a speeding bullet? The Rays will try to throw Texas off their game with their multi-directional deception, but if the Rangers can maintain focus there isn't much that can stop them. Plus, Texas has a secret weapon, a hotshot prospect called up just two days ago in preparation for the post-season. Nobody knows exactly what he's capable of, because the hazy, third-hand stories floating up from the minor leagues range from fantastic to simply unbelievable. But if he's even half as good as they say, the Rays don't stand a chance. 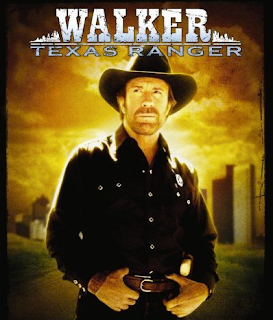